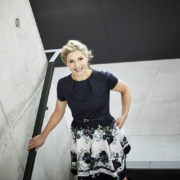 The Prague office became a part of Bogle Architects in 2012 and has since mainly attended to projects in Czech and Slovakia.

The company is headed by Viktorie Součková, CEO, a graduate from UMPRUM, where she studied with Eva Jiřičná. Under her leadership, the architectural office’ studios produce various and often awarded luxurious residential as well as commercial projects. Their successful realisations include, for instance, the International Laser Centre ELI, the administrative building SmíchOFF, the residential complex Majakovského and the many times awarded buildings of Unique Staroměstská, both in Bratislava, and many others are under preparation. 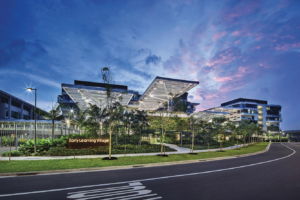 We asked Viktorie about the current situation in the Prague office of Bogle Architects.

You were nominated for this year’s Building of the Year 2020 for your Šárecký dvůr project. Why did you enter with this particular project? And what other projects are currently being realized both in the Czech and Slovak Republics.

Šárecký dvůr is a unique residential project which very successfully combines historical and modern architecture. The project comprises two reconstructed immovable cultural sights and five new buildings, all well as being incorporated within the beautiful landscape of Šárecký Dvůr. We are currently working on the residential complex of Neugraf in Smíchov, Prague, and also offices and apartments at Astrid Gardens in Holešovice. Many other projects are under preparation. Worth mentioning is the Riverside project in Bratislava, the university building in Hradec Králové as well as the large multifunctional project in Prague 10 and many other projects, both smaller and large.

How did the ongoing pandemic affect your activities in the Czech and Slovak markets? Where do you see the main impact? How do you think the Czech real estate and development market be influenced by this unusual year?

None of our projects have so far been ceased. On the contrary. Everyone has, since summer, tried to catch up with what was not done between March and June, that is during the lockdown. We are working at full pace but we will wait to see what next year will bring. So far, I have only heard concerns about a slowdown. After all, we must realize that many people have lost their jobs during the pandemic and many companies from different segments are forced to deal with a lack of contracts. If people generally have less money, it will naturally have an influence on the real estate and development market. We will have to wait and see what influence. I think everyone expected ‘some sort of a slowdown’, which usually repeats over a ten-
-year cycle, but nobody probably expected the pandemic. Life and work will go on. We need to remain optimistic and look for new possibilities and opportunities.