Pardubice will be enriched with a new commercial and social centre, Galerie Pernerka. It will be located in the ‘fore-station’ location, in the premises of the former distillery. 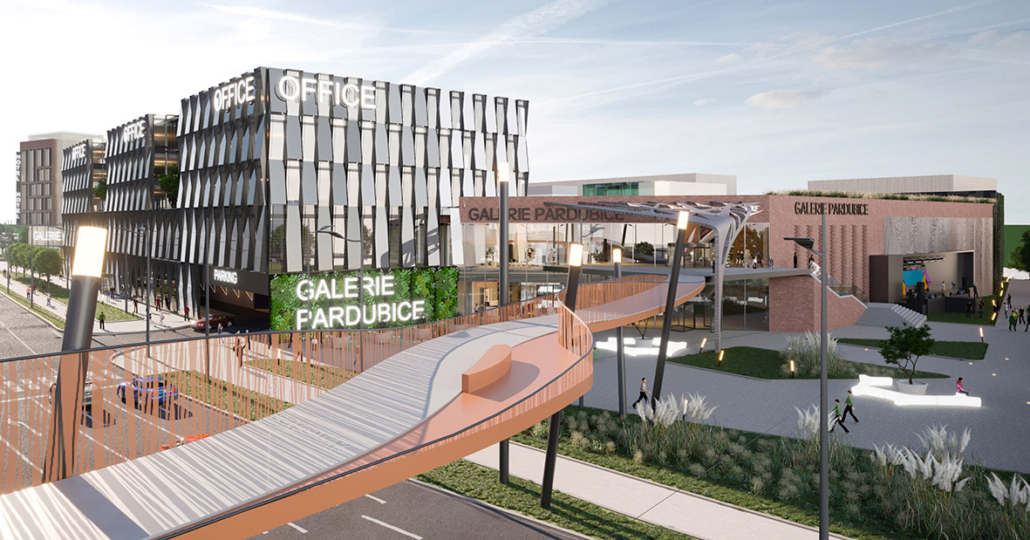 Galerie Pernerka will fill an unsightly gap in the city centre and, together with the railway station, create an imaginary gateway to the city. As the general designer, Obermeyer Helika completed the documentation for the realization of the construction, which will be used for the selection of the general contractor. Furthermore, they are currently working on the negotiation of a building permit and the processing of documents necessary for the rental of units. The project takes up an area of 28,500 sq m and its concept is based on the idea of a city block, which is defined by four interconnected and architecturally unique masses. Their architectural concept reflects their functional content.

A multifunctional project for all generations

The multifunctional complex Galerie Pernerka will offer not only modern premises for shops, services, restaurants and cafes, as well as a multiplex cinema and spaces for other entertainment. The complex is also to include an hotel and a multifunctional congress hall. Visitors from the public will certainly appreciate the freely accessible public areas adjacent to the building. Children and their parents will surely be delighted by the planned children’s world and the new wellness centre.

The project also includes a new cycleway surrounding the entire building from the east and north. Pedestrian safety will be ensured by a footbridge built over the busy Palackého Street. A carpark with a capacity of up to 1,200 cars will be created in the basement and on the roof of the building. A smaller park with grown trees will be created on the eastern side, which will connect the Pernerka Gallery with Palackého Street in the direction from the centre. In connection with current ecological trends, the building is designed with a green facade and also a green roof. The need for water for these natural features will be covered by the distribution of utility water from a storage tank supplied with rainwater from the roofs. Waste heat from machine cooling will be used to preheat the heating water for more economical operation of the building. 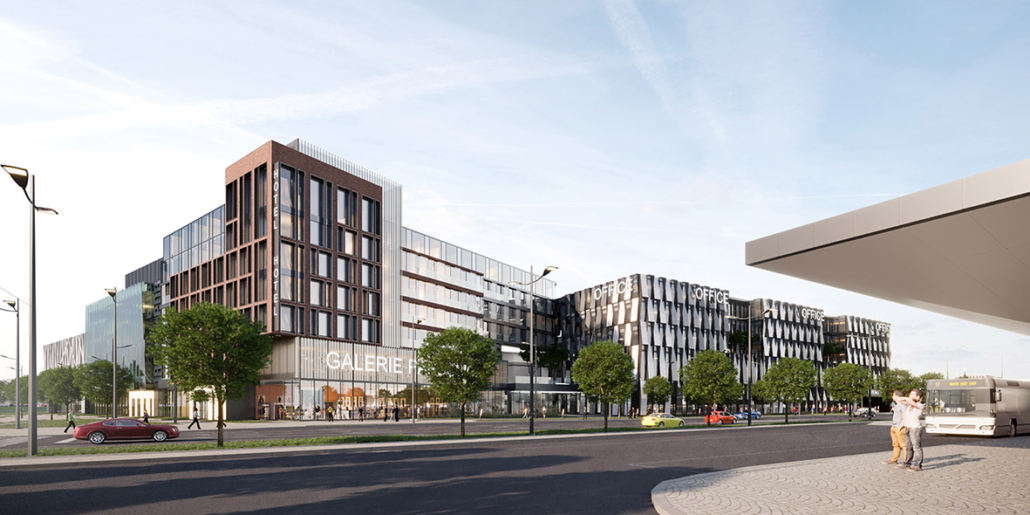 The 3D model gives a closer idea about the project

“The Galerie Pernerka project is basically a design of a new city block, which includes shops, restaurants, offices, a hotel, a multifunctional social hall, a fitness centre, children’s world and spaces for additional functions and sports activities. Work on the project has been ongoing since 2019,” informs Ing. Jaroslav Němeček, Project Manager at Obermeyer Helika. The investor of the project, Redstone house s. r. o., chose the renowned company Chapman Taylor as architects. The leasable area is approximately 50,000 sq m. “Cooperation between all parties involved – investor, designer, architects and others – runs smoothly thanks to the investor’s accommodating approach to modern technologies. Creating a 3D model of the future building in the Autodesk Revit programme allows one to walk through the building that does not yet exist virtually. The virtual reality makes it possible to see the context of the place, inspect the facade, for instance, and get a more accurate idea of the functioning of the building. Thanks to the 3D solution, the entire project is better coordinated and better controlled,” says Jaroslav Němeček.