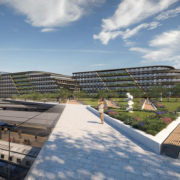 It is not common for us to build a new district on a brownfield in the city centre. Not to mention in the centre of the capital, where every square meter often represents a battle.

That is why Penta Real Estate’s project for the revitalization of unused former railway areas around the Masaryk Railway Station is exceptional. Pavel Streblov, Business Director Commercial Real Estate, explained to us what has happened since the beginning of this year and what will happen in this area in the near future. 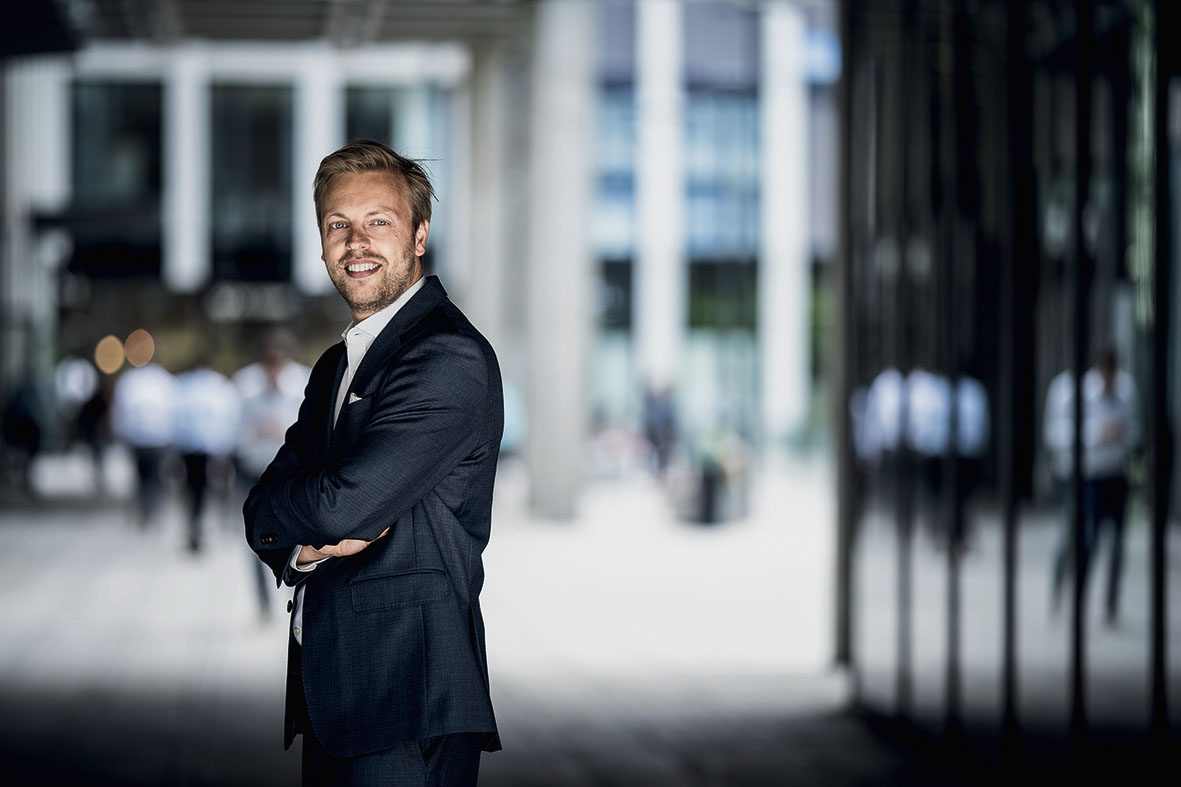 You have recently obtained a building permit for the first part of ‘Masaryčka’. Which part is it for in particular?

We now have a building permit for the first two buildings by Zaha Hadid along Na Florenci Street. These are commercial buildings with a total rental area of over than 27,000 sq m, of which approximately 4,700 sq m on the first two floors will be designated for shops and services. Other significant features of the new buildings will be 1,500 sq m of green roof terraces. One of the terraces will be located on the highest tower facing Old Town and, thanks to a 360-degree view, will offer a unique view of the whole of Prague. Apart from the building permits for the buildings per se, we also obtained a building permit for the major reconstruction and widening of Na Florenci Street, which will become a tree-lined city boulevard with the emphases put on pedestrian and bicycle traffic. Reconstruction of the street should take place in co-operation with the city, with a commitment to contribute to it financially.

What concept for using retail space are you working with at the moment?

We would like to complement the existing business offer for the passengers of the station itself, however, our main ambition is to make Na Florenci Street a zone where residents and tourists will not only be able to go shopping, but will also be happy to go there for a nice meal or visit a cafe. We are also thinking about setting up a successor to the Manifesto food market, which is now located on the area of the Masaryk Station at the back of the street at Florence. The food market has quickly found its place on the gastro map of Prague thanks to its unique concept, and we would like to further develop the locality of Masaryčka in this direction in future.

Do you plan to retain the architecturally impressive buildings from Zaha Hadid studio in the future, or do you expect to sell them?

All office buildings are always built with the proviso that we may keep them in our portfolio. As for Masaryčka, a decision has not been made yet. We will probably address this issue following completion and will see which is going to win, whether emotions among Penta’s partners resulting in keeping the buildings in their portfolios, or selling them at an advantageous price.

At the end of last year, Mr. Palička stated in an interview that you are planning two urban-architectural competitions. The first of them was already proposed to be announced – in the area between the historic station building and Havlíčkova/Na Florenci streets, and the second was to follow within this period – to the ‘back’ part of Masaryčka towards Prague 8 and the ČSAD plots. What is the situation?

The competition for the architectural design of the square at the intersection of Havlíčkova/Na Florenci streets is already at a more advanced stage. The first round of the competition took place a few weeks ago, and the jury selected several studios, whose task is to elaborate the assignment in further detail. Final proposals should then be available for the overall evaluation of the competition at the beginning of April. We would like the implementation to run in parallel with the construction of Masaryčka itself. Zaha Hadid’s buildings impressive organic curves could thus be admired from a pleasant public space with trees and water features. As for the Masaryčka area in Prague 8, we would like to announce the conditions of the urban-architectural competition in the coming weeks. With regards to complex relations with the territory, we decided to co-operate with the city and ČSAD so that the resulting solution meets the needs of all key stakeholders within the territory.

What does the staging of the whole project look like?

In the first phase – that is in the case of two administrative buildings along Na Florenci Street – we have already commenced construction. If everything goes according to plan, the buildings should open in the middle of 2023. The construction schedule is a little longer than usual for our projects. This is due to the greater complexity of the building structure and also the very demanding processing of the gold facade. Nevertheless, we are convinced that this extraordinary place deserves extraordinary architecture, and we believe that our exceptional investment will pay off and become one of the architectural gems of Prague, where people will be happy to return.

Will the operation of the station be limited or closed at a certain stage (during the implementation of the tracks roofing)? How is cooperation with ČD and the Railway Administration proceeding?

The revitalization of Masaryk Railway Station also includes the reconstruction of historic buildings and the complete reconstruction of the tracks with the tracks roofing. As for the reconstruction of historic buildings, we are cooperating over the long-term with their owner, Czech Railways. We have already invested more than CZK 140 million in repairs, and further investment will be required for the renovation of the station restaurant and the renovation of part of the station at the former ticket booking offices. As for roofing over the tracks, we cooperate with the Railway Administration there. We primarily try to coordinate individual intentions so that they follow each other as technically and temporally as best as possible. At the same time, we undertook to contribute CZK 40 million to the Railway Administration to build the roofing.

The roofing will result in the creation of large public spaces with greenery in the city centre. How do you co-operate with the city council and council of the affected city districts in this respect? Will they somehow contribute financially to the whole project? Who will manage these newly created premises?

We have an agreement with the city that we will take care of the new greenery in Na Florenci Street for a period of 10 years. We always attempt to emphasize public space in our projects, and quality greenery undoubtedly belongs to it. In co-operation with the city, we are trying to implement some modern aspects of the so-called blue-green infrastructure, such as the collection of rainwater from pavements, etc.