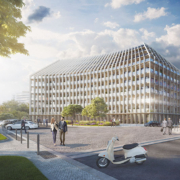 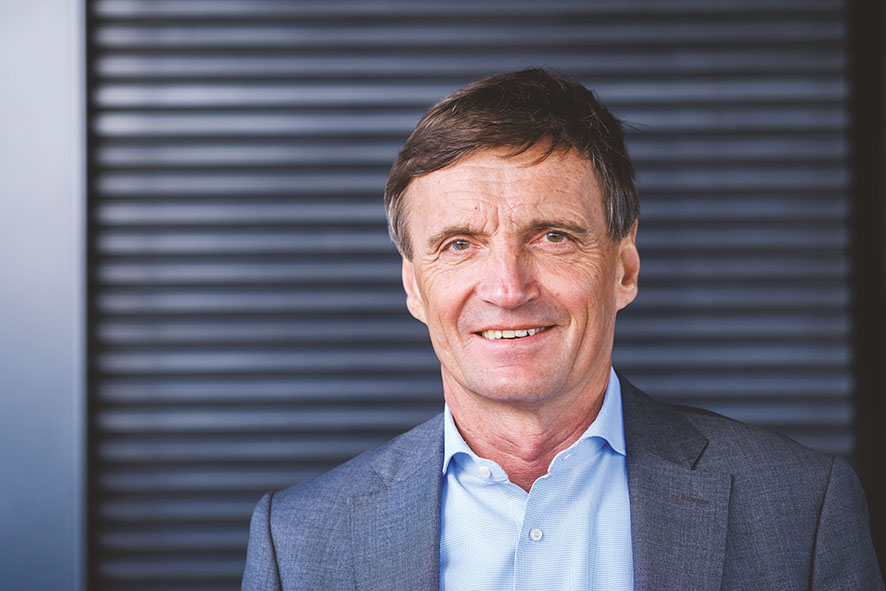 Petr Palička, director of Penta Real Estate, briefly assessed the year 2020 for us.

The end of the year is approaching and with it a period of reviews. What was this year like for your company?

It was actually quite good. We managed to complete buildings that we planned – Maison Ořechovka, Churchill, and received a planning permit for Nusle Brewery whereby we approached commencement of the development. I believe we were doing quite well all year except for certain exceptions caused by the coronavirus.

To what extent did you have to change your plans due to the pandemic?

The coronavirus naturally has a negative influence. Firstly, spring brought an overall slowdown – the situation took us all by surprise, we weren’t used to working online, administrative processes stopped for a while and it took some time before everything got back to normality again. And then, the pandemic had a relatively significant influence on the administrative market as it was negotiations with new tenants that primarily slowed things down. The question is, how long will it take but it certainly did have an impact on this year’s results…

How are individual projects currently progressing?

The administrative building SmíchOFF is finished and represents a typical example of what I was talking about. We get quite a few interested clients who like the premises but hesitate with final decision. They don’t reject it but they say they cannot make any decisions at the moment… So far, we have about 40% of the building unoccupied – three storeys. Waltrovka – in the original location – is completed, all the apartments are sold and the only thing we still own there is the nursery school. We are currently negotiating its sale to the city district of Prague 5. We are preparing construction of Waltrovka III, an area situated between the completed part and ČSOB. We have a planning permit and the relocation of a sewage system and other ground work is currently in progress there. As for the Churchill building, we are negotiating a purchase with a client and I believe that we will then conclude the transaction before the end of this year. We are building Maison Ořechovka; the first phase has undergone final building approval and the second should be completed in about half a year’s time. We have, so far, sold about 50% of the apartments. Another relatively interesting project with about one hundred apartments is the Victoria Palace project in Vítězné Square in Prague 6. We have already held a planning permit for two years but it was opposed by a local activist. The settlement is hopefully heading to the end and we will therefore be able to commence. Otherwise we are preparing different issues associated with Masaryčka and amongst others both architectural and urban tenders and competitions. We have plenty of work.

Projects in preparation also include the new district that is being developed in the brownfield of Nusle Brewery. At what phase is the preparation?

We have a planning permit for the northern part and the process for a building permit is in progress; as for the southern part – it is the one with a listed building and adjacent buildings – the process for a planning permit is in progress. The complex will comprise approximately 450 apartments and some commercial premises – shops, cafés, services and perhaps also atypical offices. The construction is to proceed in two phases. The timing will depend on the sale. By the way, we have recently launched the sale of the first phase. The buildings should also be interesting from an architectural point of view. The northern part was prepared by the studio CHYBIK + KRISTOF, whilst the southern one, the one with the reconstructed historical building of the brewery, is by David Chisholm and CMC Architects.

You have recently announced that the original plans in the Masaryčka project will be changed. What are they to involve and how will to influence the overall image of the area?

There are certain specific modifications. When we nowadays speak of Masaryčka, we think of two buildings that should be built in Na Florenci Street. There we have a planning permit and have applied for a building permit. This project developed in accordance with various technical observations, possibly in accordance with the results of participation until they got to the stage for which the planning permit applies. A change of outline plan is subject to change in another part of the project and it is impossible to clearly predict as to what it will look like at the end. Moreover, we agreed with the council that a public international urban-architectural tender will be held within the framework of this change and we would like to announce this next January or February. This should lead to a solution for the rear part of the area, which is mostly situated in Prague 8. We will stem from a concept, especially the transportation part, designed by Zaha Hadid. There, I mainly refer to the construction of a square and roads situated on the boundary of Prague 1, 2, 3 and 8, which must reflect the current situation, whether it is about the ownership of the plots – part is owned by ČSAD, which is also building there, or the agreement with the council for a new development according to which there should be at least 40 % of apartments. This will, no doubt, also influence urbanism of the area.

You are also planning to announce the urban-architectural tender for the landscaping of the area between Havlíčkova, V celnici and Na Florenci Streets within the vicinity of a station building.

The aim is to complete this square, or rather the public area, so that it gives a pleasant impression. Many buildings are, however, clearly determined there, whether they are those existing ones, for instance underground exits, or those that need to be built there in accordance with a planning permit. It is be an open tender, which will probably be announced before the end of this year. Anyone interested can enter.

In the past issue of Development News, we published an article by Tomáš Kadeřábek from the Association of Developers regarding development taxation. Do you have a suggestion as to how to allocate the money transparently so that it goes where necessary?

A methodology or recommendation for city districts on how developer’s contribution for development should be calculated is currently being prepared at Prague Council under the lead of architect Hlaváček. The methodology takes into account different aspects, for instance whether it is a location for which the outline plan presumes development or whether the outline plan has to be changed due to development. Deep discussions are held on this topic; individual city districts require different issues from the developers – requirements for square meterage, contribution, allowances for schools and nursery schools, infrastructure and others. Hardly anyone is aware of the fact that huge sums from taxes paid for residential development go towards public budgets. This is, for instance, done through VAT and with the present-day prices, it is basically CZK 1 million from every apartment. City districts also complain that building activities progress in their areas and that they have to invest in infrastructure, etc., but that they don’t get anything directly from development projects. And that is why they want developers to contribute to one thing or another. This arises the question as to whether it would be just to transfer part of the taxes collected back to the budget of the city district – or at least the city – and use these for costs that arise due to development activities. The only income that goes to the budget of a city district from development is currently the property tax, which is quite low in our country. Nevertheless, this is a matter that applies to the budget allocation of taxes, which is beyond the competence of the capital city.

What is the situation in Slovakia from this point of view? Is it similar?

Approximately two years ago, they introduced charges that stem from the overall area of newly built apartments. But that doesn’t solve the funding of infrastructure either. It is basically a new tax.

You have mentioned co-operation with the council. How does it proceed?

I would definitely like to acknowledge and appreciate the positive development at Prague Council with regards to politicians and office workers’ approach to our business. This is mainly evident from co-operation in the area of planning when dealing with individual changes or when organizing urban tenders. It is a transparent process, which leads to a particular result, though it does not eventually need to be positive for us. What is important is that things are developing and are not just stagnating, which is a significant change compared with previous administration. For instance, changes to the outline plan took too long or were not discussed at all. The council’s approach has changed considerably and they represent a respectable partner for discussion. We can only be pleased about that.