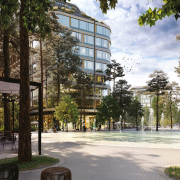 “Investments in public space are really exceptional in the case of our Hagibor project. Both office tenants and residents will be surprised.” 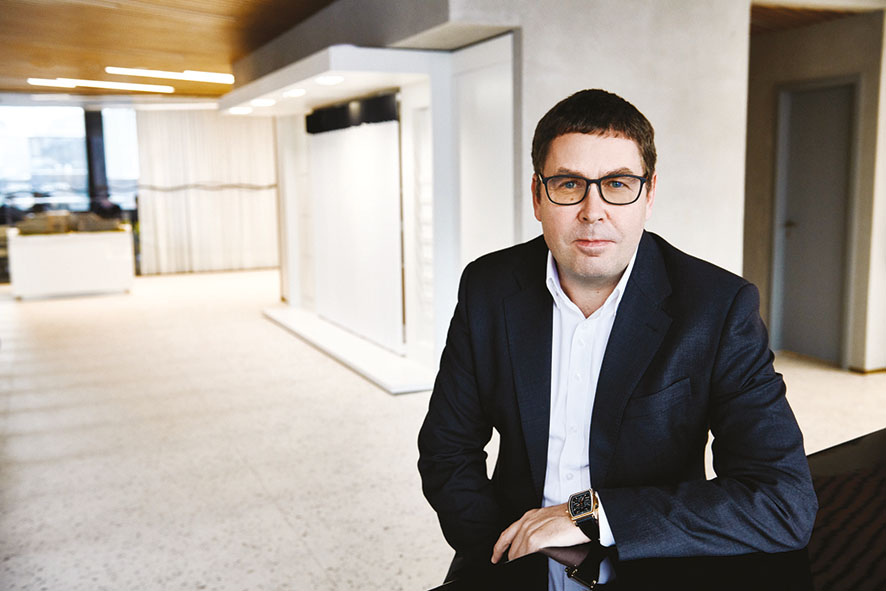 These are the words of Simon Johnson, Chief Operating Officer of the development company Crestyl.

Complex projects that combine multiple functions have become a hallmark of Crestyl. Why are you embarking on the transformation of entire territories areas?

We can urbanize the whole area, which will allow us to produce a project with trully added value. The synergy of housing, work and trade increases the value of real estate over the longer period because a particular area functions as a single homogeneous unit – the area lives all day long; it is not an empty space during day or evening. Shops have better sales, residents have a better infrastructure, people from offices a live and non-sterile place to work. The combination of residential housing coupled with a large office unit will enable investments in the surroundings to such an extent and quality that cannot otherwise be achieved. We at Crestyl are very demanding of ourselves regarding the appearance of public space and its quality. Thanks to specialists in various areas of development, we have an overall command of all its disciplines in our company and therefore we focus on projects where we can make full use of our abilities.

How did you commence transforming entire territories? What was the impulse?

It all started when we bought a project for offices in Libeň, Prague, and subsequently also the developer who owned land for residential development there. This is how today’s DOCK project was created around the blind branches of the Vltava River. And it is thanks to the combination of offices and housing that we were, for instance, able to clean and revitalize water areas there and build a park and footbridge. And now we can once again afford the project of a wooded public space in Hagibor, designed by Michel Desvigne, the world‘s most sought-after landscape architect today.

What will the public space in the Hagibor project actually look like?

The location of Prague’s Hagibor, which directly connects to Vinohradská Street, is absolutely unique and we envisage a tremendous future there. After DOCK, this is our next important project, which utilizes the symbiosis of housing, offices, shops and services in one place. That is also why we dealt with the concept of the total district carefully and together with the architects we placed a huge emphasis on public space. Michel Desvigne combined everything into one harmonious complex, which combines outdoor space with the needs of future residents and office tenants. Greenery there connects and at the same time separates office and living areas and removes the difference between a pavement and a lawn. We plan to plant up to 2,000 trees there, which will bestow the public area with fragmentation, increase its aesthetics and improve the climate inside and outside the buildings.

What will be part of the Hagibor project?

Within the Hagibor project there are gradually being constructed five residential houses with a total of 650 apartments together with six administrative buildings, which will offer a total of approximately 80,000 sq m of leasable area. A square and central pedestrian boulevard, which will lead from the underground exit, will connect everything with shops and restaurants. Two housing blocks are already nearing completion; construction of the third will begin this year.

And what about the offices? Are they already under construction?

We will soon commence the construction of the first stage, which is, in addition to Crestyl, also participated on by EP Real Estate. In order to commence the construction of such a large project, we considered it good to unite with another entity, which can also bring in a large range of companies as potential tenants. This first stage includes two buildings on Vinohradská Street, which will offer 31,000 sq m of rental premises – more than 28,000 sq m of offices and 3,000 sq m for shops and services. On the ground floors of the buildings, there will be premises for shops, restaurants and services, where the upper floors will offer high standard offices, which include large terraces on receding floors offering views of Prague. The first confirmed tenant is the Czech News Centre media house, which will occupy almost 9,000 sq m of offices and move their headquarters there. By the way, they were particularly attracted by the attractive architectural design and the high technical standard of the building, together with the location adjacent to Vinohradská Street near the underground station.

You have mentioned architectural design. Who is actually behind the Hagibor project?

Two international architectural studios have joined forces for the Hagibor project – Bogle Architects and Ian Bryan Architects (IBA), which have created an airy and bright space that will make any house stand out and offer a balanced combination of design and functionality. The author of the administrative part of the Hagibor project and at the same time the overall urban design of the location are Bogle Architects led by Ian Bogle. He, for instance, participated in the iconic Swiss Re Tower in London, nicknamed ‘Gherkin’. And as I have already mentioned, we have also involved the world-famous landscape architect Michel Desvigne. He deals with large public spaces that form a quarter of the entire area. Michael Desvigne is the author of urban solutions, public areas and parks throughout the world, for instance in Paris, Tokyo and Detroit.

What other interesting projects can we look forward to besides Hagibor?

We are preparing an extensive Savarin project in the centre of Prague. It is located right next to Wenceslas Square, Prague, which it will, with reference to the tradition of Wenceslas passages, connect with Na Příkopě, Jindřišská and Panská Streets. It includes a thorough reconstruction of existing historic buildings and the creation of a completely new public area with greenery and open space in the courtyard. Its shape and form was designed by the icon of contemporary world architecture and design, Thomas Heatherwick and his studio. And as for projects outside of Prague, we are launching a completely new multifunctional project in the centre of Brno, which will be built on the site of the current Tesco Dornych building, where we will construct four administrative buildings in addition to retail area, a hotel and apartments. We are also preparing a very interesting residential project in an attractive Prague location, as well as many others. But it is still too early for details. Just wait for it to happen.