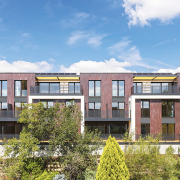 A very respectable number – more than 250 development projects are held by the LEXXUS office, which has been operating in the market for almost 29 years. They focus mainly on the sale of apartments and houses in Prague. 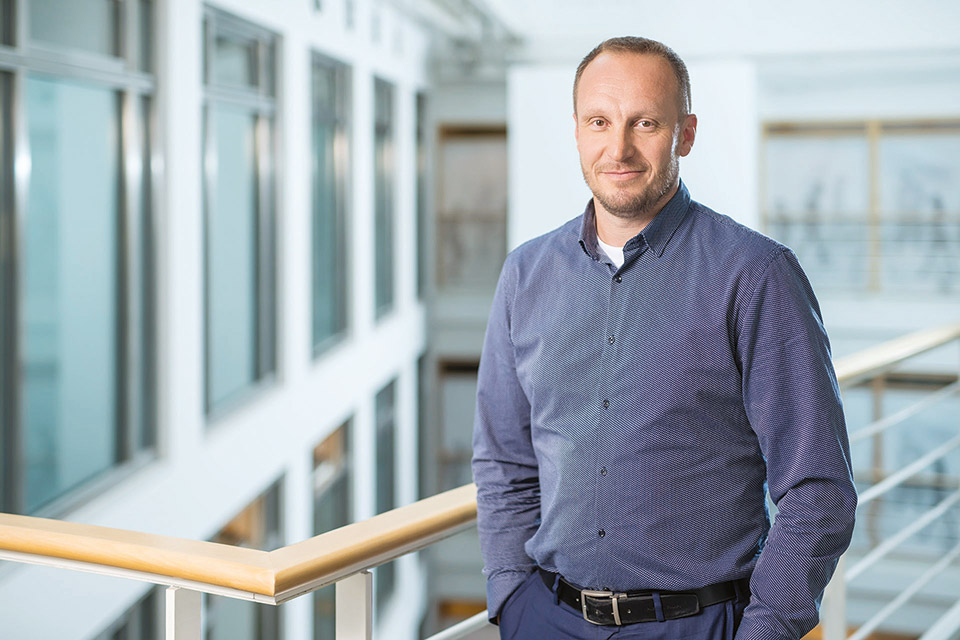 Peter Višňovský, Director of the real estate office LEXXUS  says: “It is our long-term specialization in residential projects that allows us to analyze in detail the market, the level of demand and supply in a given location and, in cooperation with our sales activities, monitor the market of new housing projects.” In the interview, he also reveals how far architects cannot see, what irritates him most about the market and how the home office has changed clients’ demands for new housing.

How would you characterize the current residential market?

There are several important stable players and dozens of smaller ones in the area of residential development. If the city develops naturally and if there are sufficient number of new apartments built, it will also be reflected in the development of prices. In the last 10 years, however, we have seen a significantly lower number of new apartments in the market. There are about 10,000 needed per year, but in reality, only a few thousand are built, which means there is a huge deficit in the long term. Although this situation is well known, long debated and in fact unquestioned by anyone, it has not been resolved yet. This results in a current significant imbalance, where extreme demand is confronted with low supply and rapidly rising prices.

The reasons are obvious…

Of course, with a sufficient supply, prices would not rise so fast. What has recently been standard is that the prices of new apartments are adjusted (i.e. increased) practically on a monthly to weekly basis. If we didn’t do so, we would have sold out long before the project was completed and at lower prices. No one in the position of a developer would perceive this as the right procedure.

What’s going on in the market?

A large part of our work now consists of monitoring the market and prices so that we do not sell the portfolio out too quickly. The most difficult are the beginnings of projects, because it is not until the publishing of the offer that you get real and objective feedback from clients. Project prices are not only rising due to the market situation. Logically, the individual apartments are becoming more attractive as construction progresses – the more advanced the construction, the closer the date of moving in, the higher the attractiveness for the client, and therefore the price. The most expensive per square metre is the bedsit + kitchenette layout. There is naturally a lot of interest shown in them, because there are the most clients who can afford them due to price. Buyers of smaller apartments with layouts ranging from bedsit + kitchenette to one bedroom apartment + kitchenette are not often seeking their own housing, but look for investing their free funds there. They secure themselves for old age or just invest conservatively. The ratio between those who buy for their own housing and those who want to invest deviates with rising prices in favour of investors. Our market will gradually approach the western ones, where rental housing is much more represented. The era of affordable owner-occupied housing of the immature residential market is practically over and will not return. Rental housing will re-joy a much more common choice than before.

On what basis are your relationships with developers based?

Many of the developers understood that if they give us more time and start co-operating with us intensively, then co-operation with us will pay off as they consult their project not with an architect who already has a clear idea of what the housing should look like, but with experts who know what people want and what they buy. The 250 projects that are behind us thus represent a realized sale of 12,000–13,000 apartments, and therefore many tens of thousands of clients who solved their requirements and ideas about housing together with our stable team. Together with the developers, we are able to set up their project relatively precisely so that it corresponds to clients’ current expectations.

So, one could say that you do a sort of development mentoring?

Let’s say we play a training client. We can find the weaknesses of the project very quickly and use its real potential. We look for benefits for clients and our know-how then even pays off pleasantly for the developer, this being in the form of a better product and therefore higher sales prices. How many times a developer meaninglessly invests funds that the client does not see or does not even care about or does not appreciate the investment.

How should I imagine that?

We can get 100% or even more from the potential, which is used to some 70%. We are, of course, limited by authorities and standards, we have limits to follow, and we recommend the developer as to what should be there and where it should be. Increasing the efficiency and ‘tuning’ the project is added value. It will bring the developer at least 10–20% higher returns in real terms within the given project. Because, what often happens is that the architect does not ‘see’ every single specific apartment.

What current project do you feel good about?

It is, for instance, the refined project of 23 units in Prague 6, the Rezidence U Boroviček, which underwent final building approval in the summer. That was a flawless affair. The developer has his own construction company, so, everything is set up according to himself and the negotiation of prices for work are eliminated. He is very active. Just for the record, only 30 months passed from the purchase of the land (without any stamp) to the successful final building approval. The developer and his team were able to obtain a building permit in 15 months and build a quality project in another 15 months. In my opinion, this project with attractive common areas and a generously designed garden probably doesn’t have any flaws whatsoever. This is an incredible result by Prague. I am glad that we had the opportunity to participate in the preparation and sale of the Rezidence u Boroviček project by the boutique developer All New Development.

Can you name other projects?

I can think of two that are under construction. One is situated in the already existing development by the Luka underground station in Stodůlky, Prague – Alfa Residence. It offers 76 apartments with loggias and from the city’s point of view, it is the place to build. Directly by the underground, in the development area, with a functioning infrastructure. In the first stage, we managed to respond flexibly to clients’ needs that emerged in the era of covid in cooperation with MINT Investment. These are major layout adjustments taking into account home office and the need to have a workspace, quality internet connection, etc. in each apartment. Another example is Arcus City in Prague 5. Unlike the first one, which is rather intended for younger clients, this project is detached from dense development, more in the countryside and therefore offers mainly larger apartments for families.

It is mostly local clientele, both from Prague and outside of Prague – mostly aged 40–55 years of age. Prague is actually an independent market within the Czech Republic, which has probably the most stable potential in the long term. It is ideal for investment plans because the development here is steadily growing, except for the global fluctuation in 2008. When real estate prices rise, most investors do not deal much with rental income – whether it is 2% or 5%, or even over 10%. The yield is pleasant for them but less important in the long term. They buy with a view of, for instance, 10 years or more, and they rightly assume that they will achieve significant valorization.

And which projects are under development?

The vast majority of current projects are in Prague. But the development of recent years is also taking us, as well as our clients, beyond Prague’s borders. So, we have, for instance, completed the Bydlení Čelákovice project, which we managed to sell out successfully thanks to good transport connections with Prague. We are currently working on a project in Jinočany and have another project in Beroun. We are also preparing one in Kolín and another one in Mělník. We always take into account the fact that the clientele in these projects will be partly from Prague, partly local. That it will be different target groups with different needs, so, we set up the projects in the preparatory phase according to such criteria.

Are real estate prices rising feverishly there as well?

The lack of apartments in Prague and their high prices forced up by Covid made people look for more distant properties. What seemed too far three years ago suits many people today. Of course, there is always the condition of some train connection or adequate transport capacity to the capital. The new practice of ‘home office’ also means that people suddenly don’t need to commute five days a week, so they can imagine a possible longer commuting – once, twice a week. All these aspects have shifted the situation considerably. This increased interest has logically reflected in prices, which means that real estate prices rose even on the outskirts and further and further beyond Prague.

Is there anything else on the market that makes you crinkle?

Still the same: insufficient development. It is great that we have a new building law, but this won’t be valid for two more years. Until then, I do not predict any dramatic change in the market. A certain recovery of the market is realistic in some three or four years, when the new building law is effective for some time and processes will be faster and more transparent.