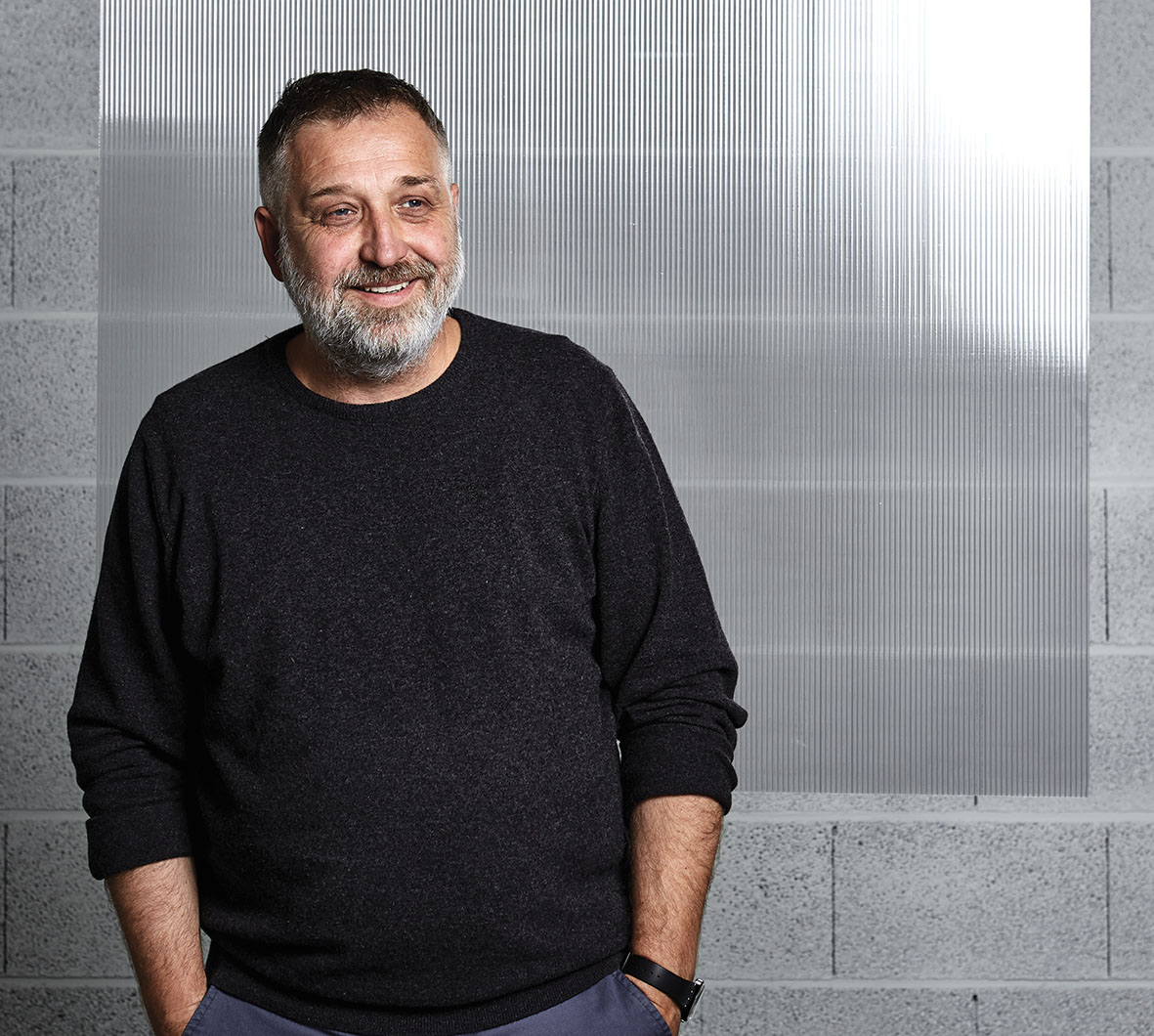 Václav Hlaváček is a relatively frequent guest on the Development News website. He mostly appears here as an architect and urban planner. But the scope of his activities is far wider…

In 1993, he founded Studio acht in Prague, which now employs 60 people and has branches in Brno and Olomouc. Other offices and associates operate in Rotterdam, Amsterdam, Curaçao in the Dutch Antilles and in New York. He says: “Today, the words like developer or corporate are an offensive term of abuse for a lot of young people. But when someone opens a pub and is successful, expands the business to 20 pubs, is it also corporate? A service to society needs a certain amount of strength.”

How am I supposed to understand that?

An individual approach to art is a given thing. There is a mainstream to which most adapt. But why? I like opera, but to make a living, I’ll sing pop. No way! The goal, on the other hand, is to learn the craft by simply continuing to promote my vision of what is good quality and what is not.

Aesthetics is a gift. What are some examples from the past?

I may surprise you, but I will jump 10,000–15,000 years to the past. Even then, people changed the image of the landscape through their agricultural activities without realizing it. And such crop plants as hornbeam, fir or beech are modern crops, which were have been introduced for some reason. So, the human element of the environment changed but did not have the strength to destroy it. It just modified it and thus cultivated it.

Other historical examples of aesthetics?

Something similar was happening in Great Moravia, for instance. There has been further progress, but not in the sense that people just destroy. There was an artist or craftsman sitting there and he made gold earrings, buttons, etc. Your heart will stop when you look at them. So, from today’s point of view, an undeveloped society is set next to a complete aesthetic peak.

What does it mean?

This means that the best artists were always individual forces who were well aware that they had a gift, a talent. How they worked with it and how they became integrated into that society was determined by what they did. Whether it was a glassmaker, artist, graphic artist, painter or architect. Of course, an architect has more resources, but it is all the more dangerous because architecture has more scope and power to change. Talent needs to be cultivated and cared for. To say: Come, don’t worry, you have nowhere to fall, go ahead. Artists have always had sponsors, even if they were called differently – a benefactor, philanthropist, patron, donor… Rilke had his sponsors. The same did the artists, such as Cézanne. Baťa, on the other hand, had his architects. So, it’s nothing new or bad. On the contrary, it is a means of confronting that pure talent with thousands of obstacles. If you have a one-hundred-member architectural studio, barely a tenth of them will be able to work something out of something, even if you have the best people there. The huge responsibility to enter the landscape and create some formation there, to go to reconstruction or monuments, to invent, for instance, individual housing, it doesn’t matter what. To make something out of nothing is very important and difficult. And that’s actually the beginning. And this is the reason why the Dutch respect landscapers because they have to create the landscape artificially. And because they create it artificially, they know well that the sea is a very large obstacle, a difficult opponent. They reshape their country with respect and a great deal of courage.

And is it different in our country?

We still sort of don’t care. We still have the orchard architect who will ‘somehow finish it’. And the artist in the same position: “After all, we will do it somehow well, and something might fit in here as well.” That is why I think that artistic perception should be evident in the approach from the very beginning and that we should not be afraid of leaving the most progressive younger people who mean it honestly. To give them some room some space. We have to admit to ourselves that it will cost money, but we as a company have the courage to stand behind it. Maybe it won’t work out sometimes. It is the same as the Kaplický’s Library. I was terribly saddened that the society-wide hysterical discussion took place over a picture in the newspaper. It totally strikes me that Prague has not found the courage to implement it. And since then, I do not believe that Prague will be a progressive city for the next 200 years. It’s just that the power isn’t there…

In the case of some buildings, the architect not only participated in their architectural form, but also created design down to the last detail – handles, hitches and even tea spoons…

I think that such actions should arise. You have to make time for them and get a little wrapped by the fact of being able to afford it. Not only as an investor, but also as an architect. Because that’s priceless today. I prefer that everything will be adjusted to the last detail in some publicly accessible building rather than in one individual villa – that there will be quality applied art. And I’m not a Marxist! But I think it’s important that the right art reaches all – or as many people as possible. To make a nice bus stop, railings, to use the correct shapes and colours. Cultivating society is much more important to me than whether someone gives me space before doing an interior down to the last detail. You will try this once, and not that I would not enjoy it, but you will find that there are more important things when it comes to cultivating the whole society. The artist has the gift of perceiving harmony within himself. He perceives several things at once. Someone is a greater technician or a greater philosopher. But artists, the right ones, are like mushrooms. They just absorb everything and are inspired – of course by nature, but also by society. They feel it.

And people will go aaahhhh…

Nine out of ten people will say that because they very quickly realise that someone said it half a second earlier. That kind of fascination is also a task of art, but it needs to be further explained or tried. In other words, great wealth should be invested in artistic yeast – albeit with a great deal of risk!

Today, buildings are mostly being built quickly to make money as soon as possible. How can art be crammed into that quick time?

Either it is ‘it’, even if it is put together hastily. A typical example is Renzo Piano, an absolutely fragile architect. He already has the art contained in that fragility. That’s is the brilliance about him. In order to be able to influence more developers and more projects at once – of course it’s different in industry and different in housing construction – you have to master the craft. This means that, for instance, in a residential project, every developer will tell you: “Well, you will build up to whatever number of square metres and you have to fit into this price. Because we sell it, and you know that, because you have redone it 20 times. But you have the confidence…” So, you can work with it as a cup with a handle that one can hold onto, coffee doesn’t spill out of it, etc. So, the craft, the skill, the fact that you know it, you know the numbers and you know how to make an administrative building, industrial hall, housing… You just have to have it tested. It’s like playing the violin – you have to practice daily. Otherwise, you cannot pass it on. You can’t become a virtuoso by just talking about it. This means that the studio must be constantly trained, it must continue in fermentation and it must still produce craft. The violinist has to practice the violin, sometimes take part in a concert, sometimes is applauded – and sometimes simply doesn’t succeed.

Which building caught your eye, even though it didn’t have a bombastic advertising campaign?

That’s a good question. But when it comes to little things or detail, what makes me very happy, for instance, is: the restoration of vineyards in Prague – Troja. It looks like a trifle, but it’s like if Troja was reborn. Just beautiful!