DELTAGroup began to conceptually solve the new construction of the administrative building and the extension of the parking house with an architectural study following the elaboration of a building study prepared on the basis of the development proposal for the entire production area of the investor EKOM spol. s.r.o. 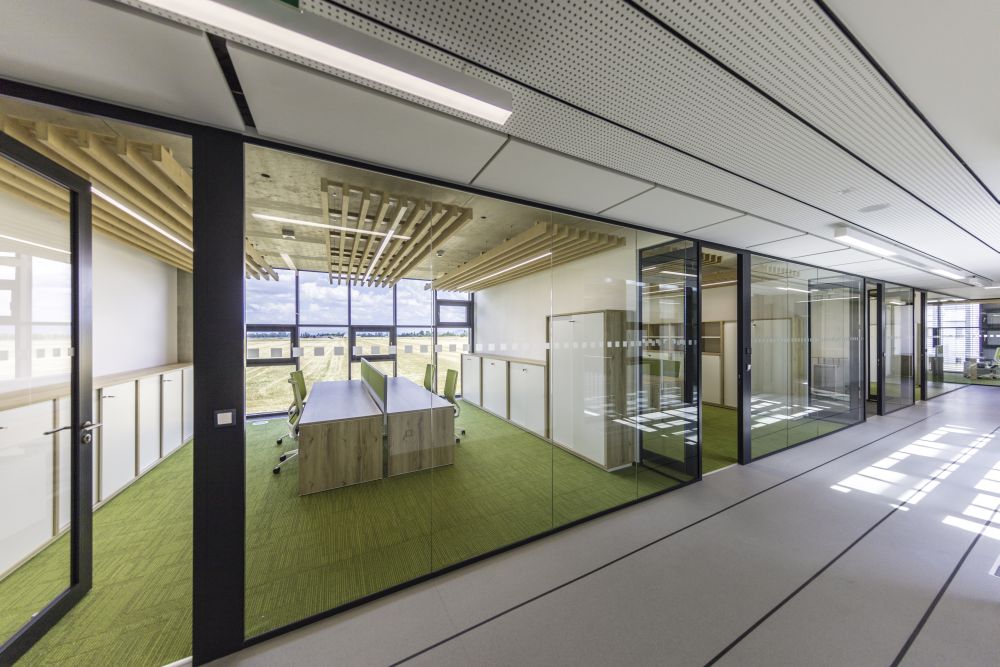 The implementation of this administrative project designed in the BIM standard was launched in April 2017. Ing. arch. Adam Cifra from DELTA Group introduced it to our readers in more detail.

If someone remembers the EKOM project, what comes to mind?

An enlightened, ecologically minded investor who had the idea to create, in the workplace, an above-standard quality indoor environment for his employees. And also, the pioneering concept of an office building with a relaxation zone in the atrium. Our cooperation was not accidental. DELTA had already built a warehouse for EKOM in the past at agreed investment costs and also within a fixed deadline. We kept the promised guarantees, and that is the reason why the investor approached us again and together we embarked on further cooperation, which brought another successful project in Slovakia.

What functions and standards does the object have? What does this bring to the people who work there?

The above-standard indoor environment should contribute to the fact that work in this company is interesting for new employees and that capable people do not have to travel to Bratislava for work. The first step was to come up with an interesting and representative architecture and at the same time set the standard for the building. The investor became excited about new technologies and implemented some elements of green architecture. The radiant cooling and heating solution of the concrete core activation system is one of the main characteristics of the building. This was complemented with other technologies, such as additional ceiling panels for temperature adjustment, fresh air supply with heat recovery from the floor, temperature accumulation by massive concrete structures, utilisation of exterior blinds controlled automatically by a weather station, ventilation and bringing sunlight into the interiors in the atrium and the like. 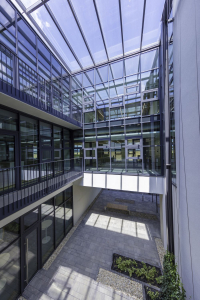 The project preparation commenced in BIM in 2016. What were the conditions for working with this method in Slovakia at that time?

We tried to use the BIM standard for the professions of architecture, building construction, air conditioning and statics for the projection. It was primarily our initiative to implement a BIM standard project. From today’s point of view (five years later on), it was more of a 3D design. Today, we are much further along with BIM. At that time, we were unable to solve all professions in this standard in order to make it effective (e.g., wiring). Today, the situation is significantly better and more companies already have sufficient experience with this method.

What advantages did the client see in designing in BIM? Did he understand the benefits it brings?

The investor clearly saw the added value in this. For me, BIM brought easier communication, quicker understanding and approval of proposals by the investor, including more accurate creation of documents for tenders for construction and interior contractors. However, we encountered insufficient use in the construction. Here, the BIM model and information from the model were used more by us, DELTA as the author’s supervision. Roman Miklík from EKOM commented on this phase of implementation saying: “I would say that at that time implementation companies were not yet sufficiently set up in Slovakia.”

DELTA represented many positions in this project – from architectural, design activities, selection of construction contractors, construction management, technical supervision of the investor and author’s supervision. How could these functions be combined?

The project began to be solved by a building study of the development of the production area, the idea of which was prepared by the investor himself. After evaluating the outputs, we first implemented a warehouse, which freed up the necessary space in the area. Only then was the second stage started, namely the design of a new administrative and let’s say commercial and technical building and parking building. The scope of our activities and responsibility in the project grew gradually thanks to the fact that we were always able to provide the investor with all necessary activities and services. There we also achieved a high efficiency of activities and had a maximum overview of the project. What is interesting is that we have already incorporated the interior project into the project for a building permit. This is a very good practice if you are dealing with the construction for the end user and not as a ‘space for rent’.

How big were the demands of EKOM in assigning the project, which has been one of the pioneering ones in Slovakia since 2018?

The basic requirement was to be able to manage the project thoroughly from the beginning. This means controlling not only quality and deadlines, but also finances. Another factor for cooperation was to set a strategy for the tender process for the selection of contractors from the beginning. Maintaining the quality of the construction and good cooperation of professional companies on the construction at a reasonable price. The architecture and green standard of the building were then the icing on the cake of this project.

Can you specify any exceptional elements that you used in the project?

The building uses renewable sources, works with a system of heat pumps (air-water) up to a temperature of +7 °C, it is also ready to obtain energy from groundwater. However, this option was not implemented during construction due to the lengthy permitting process for the use of groundwater.

The building has already been in operation for three years. How did the overall analysis of data measurements turn out? Development and modern materials are moving forward very quickly. Is it possible to specify the amount of savings or pros and cons of the technologies used?

The investor has information regarding the condition of the building with the possibility of remote control. The implementation company, which dealt with heating, cooling and ventilation, also supplied the MaR system. For this reason, the setting up of the building is tuned to the maximum and the investor can rely on the operation of the system under the management of one company. We do not have information available for traffic data.

The current topical issue is greenery. Today’s demands on a modern working environment are not just about the building itself. Has the project also taken into account the positioning of the building within its surroundings?

The well-thought-out location of the building was already solved by a building study for the entire complex. Within this area, the building was positioned located as best as possible, which mainly refers to good transport connections, respect for other production facilities and suitable orientation of the cardinal points. The lack of greenery within the vicinity was replaced by the green walls of the building overgrown with climbing plants.

How did the EKOM project differ from other projects?

There are many aspects, but I will mention the following: the green standard of the building, the activation of the concrete core, the maximum use of natural or recyclable materials, charging stations for electric cars and an excellent culture of cooperation. 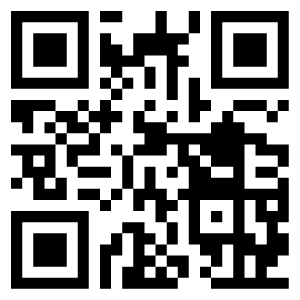